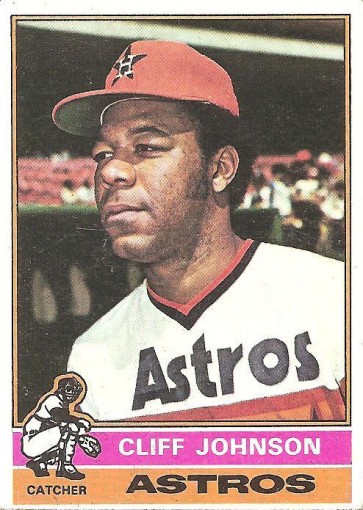 Jackie Robinson changed baseball forever. When he came onto the scene, there was resistance, but thankfully he persevered and made America’s pastime accessible to all. Since Jackie graced the Major Leagues with his skill and talent, there have been a number of black players that have followed in his footsteps. Each one takes their place in history as participants in a more fair system, although nothing is perfect, and it is far from completely equal.

With the black population in baseball hovering around eight percent, it is important to celebrate the black players we have. One position that is not often representative of the black population is the catchers and pitchers. So this asks the question, who are some of the famous black pitchers that have been in Major League Baseball? Let us take a look at the highlights of black catchers throughout history.

Who are the famous black catchers?

There are not many black catchers in the history of baseball, but the few that there have been having been quite influential. To find the most influential players you have to go back in time, when black players were not so welcome in the Major League.

Jackie Robinson first played in the Majors in 1947. In the very next season, a man named Roy Campanella joined the Brooklyn Dodgers. He played his first major league game on April 20, 1984. He became the regular catcher for the Dodgers and played the position through 1957 for the team.

Throughout his career, he regularly batted more than .300 and hit more than 30 home runs. He is still currently in second place in terms of runs batted in in one season. He has an impressive 142 RBI in his 1953 season. The only one that has more RBI in one season is Tommy Davis with 153. While he was great to bat, his real legacy is as a catcher.

He is widely considered one of the best catchers to have ever played the game and was instrumental in helping the Dodgers win their first world series.

Cliff Johnson is another black player who played the position of catcher. He played for a number of teams including the Astros, the Yankees, the Cubs, and the Blue Jays. He was not primarily a catcher, as he split his time between that position and playing first base. He eventually became a designated hitter. He held the record for pinch-hit home runs for a number of years, at 20, until he was dethroned by Matt Stairs.

Another famous black player who was a catcher is John Roseboro. Roseboro played for the Dodgers between 1957 and 1970. He made it into the all-stars four times and won the golden glove award for his skills while playing defense.

Not only was he the catcher for the Dodgers, but he also was their starting catcher and assisted the team in making it into the world series four times, three of which the team won. He was an all-star catcher who is known as one of the greatest defensive players in the 1960s and was famous for his catching skills. He was actually trained by Roy Campanella as a backup and was groomed as his replacement.

Roseboro took the position from Campanella before it was planned because Roy was in a car accident that left the position opened. Roseboro rose to the challenge and filled the position and did his predecessor proud.

Unfortunately, Roseboro’s career may be known more for an unfortunate incident that is considered the most violent confrontations in baseball history. During a tension-filled game a batter, Juan Marichal, felt that a toss back to the pitcher was too close to him and confronted Roseboro. When Roseboro came out of his crouch, Marichal feared that he would attack, so attacked first, striking Roseboro twice in the head with the bat. Luckily the incident did not end his career, but because of the nature of the event, it will always be a note on his record, and may even overshadow his accomplishments in the long view of history.

See also  How to effectively develop your speed pitch throw

There is one catcher that should be mentioned that never played in the Major League. Josh Gibson was a catcher that played in the Negro League and died in 1947, the same year that Jackie Robinson broke boundaries by joining the Majors. While he never graced the MLB with his skill, baseball historians agree that he is likely one of the greatest hitters and catchers to play in any league, including the Major League.

While he never played in the MLB, his skills were recognized, and he became the second black player to be inducted into the Major League Hall of Fame without having ever left the Negro Leagues and playing in the Majors.

The Few The Proud

There may not be many black baseball players that have been catchers, but those that have have been influential and historic. Campanella broke boundaries, and Roseboro took over for him, Johnson had a long career and Gibson’s skill was undeniable even if he never saw the day he got to play in the Majors. All of these men are inspirations and should be admired. Hopefully, they inspire more like them in the future, to keep playing and making the game great.

If you have any questions, please leave a comment below.