There is a wide world of sports. Many of them are great for many reasons. I love all kinds of sports. I have a favorite team for nearly every sport you can think of. But there is a special place in my heart for America’s greatest past time. There is no sport like baseball, and I believe that baseball is by far the best sport.

You may be asking yourself, ‘why is baseball the best?’ Well, I am here to tell you why I believe that baseball is the best sport out there.

Why is baseball the best sport?

The great American pastime has persisted for some time. It is engrained in our culture and is part of the American identity. Other countries have adopted the sport and have fallen in love with it as well. Other sports such as American football have failed to gain a foothold in other cultures. Baseball, though, has spread across the globe. Japan in specific has found a great love for this sport. Baseball can be used to bring our two cultures together.

Another reason that baseball is the best sport is that in baseball; both teams are required to play until the end of the games. In other sports winning team is often tempted to run out the clock. Let the time tick down, drag down the game until everything is over. In baseball, if the winning team decides to sandbag, the losing team can catch up. They have to keep playing, pitching and playing defense to prevent the other team from closing the gap.

The fact that the losing team can close the gap is another reason baseball is so great. Baseball gives lots of opportunities for teams to come up from behind and tie or even surpass a significant lead. Other sports don’t always have these kinds of opportunities for the team that is lagging behind. I have played many games where I thought my team was finished, but we pulled out our best and in one good inning were able to close the gap and make the game competitive again.

There is no running out the clock. As long as your team has spirit and fight left, you can try to fight your back from behind.

If you like watching baseball, you are in luck because baseball has one of the greatest all-star games of any sport out there. Other sports that have all-star games tend to use them as celebrity attractions or showcases and don’t realistically pit the top players against one another. In baseball the all-star game, the best players put all they have out on the diamond and play for real.

In football, the tend to change the rules of all-star games to let the players avoid injury, and other sports invite players come for more a meet and great to get their name out there. In baseball, they play a real game, and they play to their fullest. For me, if they are not going to play to the fullest of their abilities, what is the point of getting all of that talent under one roof?

Another benefit to baseball as a fan of the sport is how often they play. In a seven-month period they 162 games. During the baseball season, there is a game every day. No matter what there are games to catch. Other sports have significant gaps in their schedule, and there is just not enough. Even if you don’t love all the teams, you can still see a game every single day. Even I miss a game now and again, but I wouldn’t want any less to be played. I love that there is always a game going on.

See also  How to effectively develop your speed pitch throw

Talking about catching all the games, you know baseball fans are the greatest. Fans of other sports can be fair weather fans. Only die hard when their club is in the playoffs or doing well. Baseball fans are always all in. Some teams have not won in decades, and their fans are still loyal and rabid to a fault. What other sports can you find fans as gung-ho as those that you will find at a Mets game? I know I would never want to say a bad word about the Red Sox around their fans.

You may see how crazy football fans can be, but usually, it’s for teams that often win or make a good showing. I don’t know of one baseball team that does not have a legion of dedicated fans that go crazy for their favorite ball club.

If you look at basketball fans, they tend to be fans of specific players. They follow those players through careers and change teams when the players do. Baseball fans stick with their club through and through until the end.

The look and the players

Another great thing about baseball is the uniforms. Baseball has a classic look that does not change much over time. While other sports have had to make amendments due to safety or other concerns, baseball has maintained its classic and iconic look.

See also  What Is The Deal With Gold Chains In Baseball?

Injuries are another point I would like to make. There are injuries in other sports that just don’t happen in the game of baseball. Football has been plugged with so many different injuries that can be life long and severely hinder those players forever. Technology tries to keep up by building better protection, but there is only so much can be done without changing the rules to protect these players.

Baseball, on the other hand, has a simple game that rarely put its players through damage like this. Players may have long careers and play well for a long time. It is a game that anyone can enjoy throughout your lifetime. You are never too old or young for a nice game of catch, or to hit the ball around the yard. I know I will never stop enjoying the game

I understand there are many sports in the world. There are also a lot of reasons to love all of those sports. Though when it comes down to brass tax, there is one sport that stands above them all as the best sport to ever be played. Baseball is that sport, and it lives in the heart of millions. It has cross-cultural appeal and deep, rich history. How can anyone deny how great this game is? It will always be the great American pastime.

Did you like my reasons for why baseball is the greatest sport? Let me know in the comments. Feel free to ask any questions! 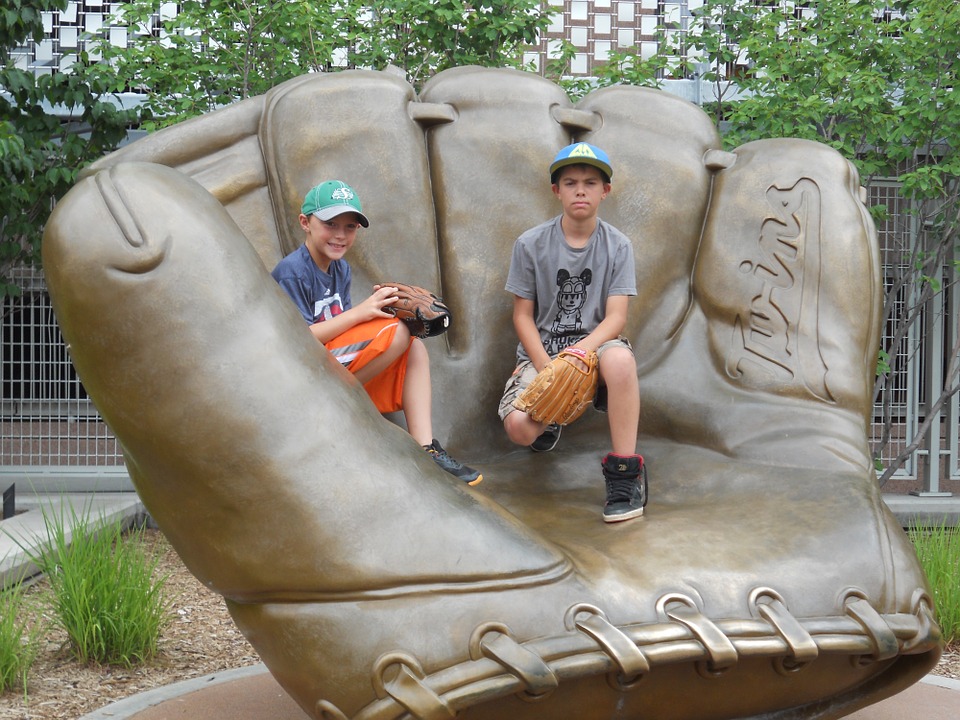